The debacle of the 2015-2016 legislative session is mere days from concluding, but that doesn’t mean 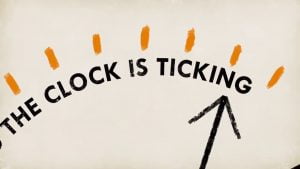 the leadership won’t take a stab at messing with our gun rights as the hours and minutes tick down.  Just like Cinderella’s glass slipper, when the clock strikes midnight on Wednesday, August 31, the power of the Legislature will tumble away and they won’t get it back until they reconvene in December for the 2017-2018 session year.

Arguably one of the most devastating legislative terms in recent history, a record number of awful bills were introduced and a good number actually made it to the Governor’s desk.  There are still a few in the hopper, so GOC is is getting some blisters standing in the halls of the Capitol, lobbying members to vote NO on the remaining dregs.

The following bills are still “active” – and moving forward:

AB 450 (McCarty – D)  OPPOSE
Mandates the issuing authority to charge a fee which is “sufficient” to cover the cost of supplying and overseeing CCW permits.

SB 1407 (De Leon – D)  OPPOSE
Requires one to obtain a DOJ generated serial number before the legal manufacture of a personal firearm. This is a duplicate of AB 857 (Cooper-D), signed by Governor Brown.

AB 156 (McCarty – D) OPPOSE
This mirrors AB 1235 by Senator DeLeon, decidedly the most complex of the already-signed bills and will supersede the chief components of Proposition 63, the so-called “Safety for All” initiative whether enacted in November by the voters or not.

You might be wondering why members of the Legislature would continue to push bills that are virtual duplicates of what the Governor signed just weeks ago.  Well, we do too – it makes no sense but we will not let unreasonable behavior keep us from continuing our opposition.

And finally – in spite of rules that are supposed to prevent new proposals from being brought up in the dark of the night, it still happens because given that there are 40 members in the Senate and 80 in the Assembly, there are only 2 “real” rules that matter:

The Rule of 21 – and the Rule of 41, because all it takes is a simple majority to circumvent any other standing rule in either House.

BE armed – BE informed, and watch for an update after the clock strikes midnight on August 31…..