It sure would be cool if we anti-gunners had the monstrous muscle that Gavin Newsom attributes to us.

Because if that were the case, there would be no worrying about a bevy of asinine laws recently signed by Governor Brown.  We wouldn’t have to deal with the pending issue of ammo registration, the continuing stupidity of microstamping, and don’t even get us started on long gun registration.  We wouldn’t have to spend so much time educating puffed-up, ill-informed legislators that we, the law abiding, aren’t the problem.

Yes, it would be super cool if we were the political and financial powerhouse that he’s been using to scare the living daylights out of ordinary, well-meaning citizens. It would be awesome if we had a mountain of money to spread our message on the importance of protecting one’s self, family and country against the dangers of a broken world.  It would be terrific if we could have a glittering fundraising e 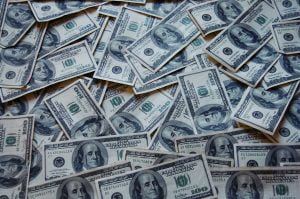 vent at the mansion of some Hollywood elite, but let’s be real:  we aren’t exactly welcome in that neck of California’s woods.

But we don’t have a mountain of cash or the entertainment establishment in our back pockets – and the resources we do have comes from average, hard- working Americans, and it certainly isn’t raised on a menacing lie that more people will be shot and killed if they don’t give.

Yet that is Gavin Newsom’s ugly mantra; he’s fear-baiting the electorate and is working overtime trying to get into their wallets and the pressure is just short of overwhelming.  In his daily email barrage, he literally begs – and then admonishes:

“But we haven’t heard from you yet, and donations have come to a halt WAY short of our mid-month goal!”

And yet another, “Hate to think we’ll give this away…if we fall short again tonight.”

If emails direct from the big guy himself are not enough, there are messages from others that say “Hey, Gavin’s been checking in all morning to see if we’ve hit our goal, but I’ve only had bad news….The next time Gavin calls, I want to be able to tell him we’re back on track, and we’ll have what we need to save lives from deadly gun violence. But I can’t unless you step up and give now…

Some of these poor folks are going to actually believe that unless they hand over their credit card number, they will be complicit and that people will die!  The emotional manipulation goes on with an even more personal touch, “We’re falling short and your name came up as a supporter he thought could help out…I know it would mean a lot to him to see your name on the list of donations this week…”

Of course, GOC understands all the machinations of political “mail” and are not surprised in the least that Newsom is charging down the tracks like the bullet train (OK, bad metaphor).  That said, however, his transparent pleas for money are crystal clear, and he’s using our Coalition for Civil Liberties (GOC, CRPA, NRA, Firearms Policy Coalition) as that dastardly boogeyman to get his hands on as much cash as possible.

Of course, there are no boogeymen in our camp.  We are on the front lines, though, doing what we can to dispel Newsom’s fundraising hand-wringing – which soils our inbox up to three times a day.

One of his recent appeals for money mentions that Newsom is bypassing “cowardly politicians to go directly to voters with our Prop. 63 initiative to stop deadly shootings across California.”

He can’t be serious.  Those “cowardly” politicians to whom he refers are HIS BUDDIES.   He knows that – he’s just trying to make himself appear to be more brave.  More courageous (remember, the Republicans are simply speed bumps  to Newsom).  In reality, he’s just being more….opportunistic .  In reporting on the many November ballot initiatives, the LA Times admits that Newsom is “gearing up for a major campaign that could boost his visibility in advance of the 2018 race for governor.”

Newsom presses on that his campaign has a “HUGE problem” because the anti-gunners have already spent more than $7 MILLION this year “pushing its deadly agenda, causing more deaths from preventable gun violence.”  He then accuses us of doing “everything they can to stop us from passing lifesaving gun reform on Election Day…”

“We’ve got about 14 hours to make up ground….[they are] going to run ads on TV smearing our campaign….we won’t have the resources to get the truth out and pass our lifesaving gun violence prevention initiative on Nov. 8….”

GOC is not into fear-mongering. What we are into is the real TRUTH.

Be armed.  And be informed.  Be ready to STAND AGAINST THE LIES.  Join GOC.  Join our Coalition.