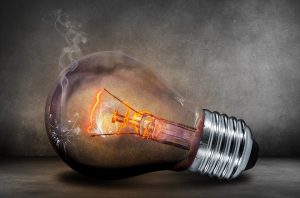 More often than not, elected politicians have quite the elevated sense of their personal smarts. From the minute they walk through the stately doors of the Capitol, they really and truly believe they have bigger brains than the rest of us mere mortals.  This means they think they should have the ability to make decisions for us that we are just too stupid to make on our own.

Take Sacramento Assemblyman Kevin McCarty.  In just his second term in the Legislature, he’s already “distinguished” himself as one eager to prove his anti-gun creds and his latest move is to delete a school district’s authority to grant permission for an individual to possess a firearm within a school zone.  AB 424 is an “expansion” of SB 707 (2015) by Senator Lois Wolk which prohibited a person with a concealed carry permit from carrying a firearm into a public or private K-12 school – unless they had clearance to do so.

GOC was out in front in opposition to SB 707, because it’s been proven that CCW holders are among the most lawful in the entire nation and besides, there is NO demonstrated evidence that school children and administrative personnel have ever been in danger resulting from previous exemptions in the Gun-Free School Zone Act

of 1999.  Sadly – but not surprisingly, the Legislature agreed with Senator Wolk that the responsibility for such decisions must be “… squarely where it belongs, with those … officials responsible for the safety of the students and staff…”

To quote GOC Executive Director Sam Paredes, Assemblyman McCarty is “giving the middle finger to his former colleague, Senator Wolk” by insisting that this was a “loophole” in her bill.

We have no clue as to why Assemblyman McCarty thinks he’s got more on the ball than school administrators.  To that end, we don’t know why Senator Wolk (and everyone who voted for SB 707) is so much smarter than local Chiefs of Police and County Sheriffs – to whom the state has given authority to decide who should be granted a license to carry a concealed weapon.

Again – the Legislature obviously thinks it is the brain trust of the state.

When responding to a comment about how the Legislature seems to change people once elected, Sam Paredes says “Not true.  It’s not whether being elected changes anyone – it’s whether the individual lets the Legislature change them…”  Let the responsibility lie where it belongs.

Let’s be real.  There is no magic smart dust that falls on a legislator’s shoulders once sworn to represent the people of California, even though most act as if there is.   When our elected officials (no matter what party) fall victim to believing their own press and thinking they’re the brightest bulb out there, we all lose.  Ego has taken over and is driving the train.

McCarty’s bill will be heard tomorrow in the Assembly Public Safety Committee.  To read GOC’s letter of opposition and fact sheet, click here.