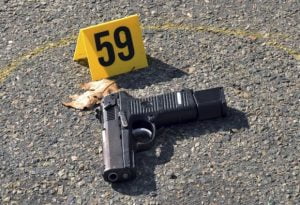 re Gun Owners could have said it any better:

“As Sacramento cracks down on legal gun ownership, it simultaneously is lessening the penalties on gun violence. In an astounding reversal, the legislature now wants to eliminate language that prohibits judges from eliminating the penalties when someone uses a gun during mayhem, rape, murder, robbery, carjacking and other extremely violent felonies.”

This comes straight from the Association of Deputy District Attorneys, who have some tough words in opposition for Senator Steven Bradford’s proposal that abolishes – and yes, we said ABOLISHES the law that says anyone who uses a gun while committing forcible rape, child molestation, or murder must have their prison sentence increased by at least 10 years.

You read that right.  The same leftist anti-gunners who are eager to rid the world of anything gun-related now think it’s a good idea to reduce the penalty for committing some of the most heinous gun-related crimes imaginable.  In what mindless universe does this make sense?  The legislature is working overtime to criminalize the law-abiding, but with Senate Bill 620 , they want to cut slack to thugs who use guns against the innocent.

“We in the Association of Deputy District Attorneys (ADDA) strongly condemn the flagrant disregard for public safety that SB 620 represents. It is irresponsible for the state legislature to lessen the penalties on those who are committing the most heinous types of crimes. While Sacramento is looking for ways to make gun ownership more difficult, they are on the verge of passing a law that dramatically lessens the punishment for gun wielding criminals,”  ~ Eric Siddall, Vice President of the ADDA.

Senator Bradford professes that SB 620 is needed “in the interest of justice” but Gun Owners of California thinks Bradford has it all wrong.  The criminal doesn’t deserve justice – THE VICTIM AND THEIR FAMILIES DO.  Bradford goes on to say that “lives and families are destroyed when criminals commit crimes” …thank you Captain Obvious!  The problem is, his solution is quite simply bassackwards.

Gun Owners has worked long and hard toward common sense solutions to the issue of crime, and we know full well that the most significant factor in reducing criminal acts is when swift justice is coupled with stiff and appropriate sentencing.   We are fervent in our support for the law abiding to possess firearms, and are equally as dedicated to making certain those who use a gun in the commission of a crime are held accountable.  Our support of the “use a gun – go to prison” policy has never wavered, and thus, any move to grant the courts discretion is certainly not in the interest of “justice” as Bradford alleges, but rather an extremely dangerous proposition.

The bill passed the Senate with all Republicans voting NO and with Democrats in support, with the lone exception of freshman Senator Josh Newman from Brea.  We will be watching Newman in the days to come because he may have been given a pass by Senate leadership to oppose this bad bill, since he was elected by a very slim margin and the Democrats don’t want to risk losing a marginal seat and their super-majority status.

This is one bill that screams SOFT ON CRIMINALS and could spell trouble for those who support it.  Let your views be known and contact your Assemblymember.  To locate who represents you, click here.