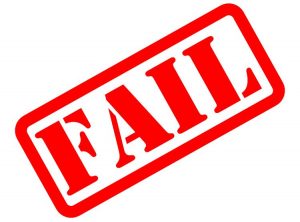 Just last week, on the opening day of the 2019-2020 legislative session, Democrat Marc Levine was first to the plate to put forth a bill to impose an excise tax** on the sale of all handguns and semiautomatic rifles.  An Assemblyman from affluent Marin County, Levine believes this will somehow put a chill on our gun violence problem, and even though his AB 18 is currently “intent” language and does not contain anything statutory, rest assured – it’s a comin.’ And it’s not going to be pretty.

In a rather curious move, however, the text of the bill acknowledges that California is the first-class leader in cramping gun rights:

“Although California has the toughest gun laws in the nation, more effort is necessary to curtail gun violence.”

More effort is necessary? We have universal background checks, a one-gun-a-month limit on handguns, onerous registration mandates, Gun Violence Restraining Orders, waiting periods (10 days) for gun purchases, a ban on “assault weapons” and even a minimum firearm purchase age of 21.  Plus, we have additional restrictions on concealed carry and are facing upcoming limits on ammo purchases.

The bill then concedes:

“The Department of Corrections and Rehabilitation found that from 2014 to 2016 gun homicides increased 18 percent.”

Wowza.  18 percent.  That’s sure to get the anti-gunners panties in a bunch, and we are likely to hear a whole lot of angst-ridden “we aren’t doing enough!”  This, however, is where there is a cosmic gap in the thought process of your average American leftist. “B” doesn’t follow “A” and “2” doesn’t follow “1” and that being said, Levine’s own bill language is the best argument against it.

We think it’s worthy to note that Violent crime is down nationally.  But, California’s firearm homicide rate continues to go up, and this is in spite of the state’s far-reaching anti-gun laws.  How exactly, is gun control working?  Thus, where is the wisdom in continuing down the same restrictive road?  It’s not going to get anyone where they want to go, which is why the push for more emotionally harvested policies are counter-intuitive.

Given that we all truly want the same thing – a safe and secure society, free from the dangers of this broken world, it’s time for the anti-2ndAmendment crowd to take their eyes off the gun and look where the real problem lies:  the person intent on committing an evil act.  That is the only way any of us are going to get to a safe place.

** An excise tax is a tax directly levied on certain goods. The most prominent excise taxes currently collected in California are the fuel tax on gasoline and the so-called “sin tax” collected on cigarettes and alcoholic beverages.  At 7.25%, California has the highest minimum statewide sales tax rate in the United States,  which can total up to 10.25% with local sales taxes included.