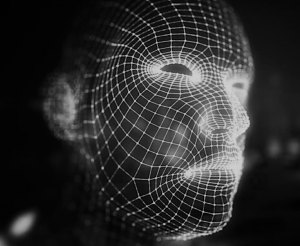 Those who joke about comparing Senator Jackson’s SB 55 to the movie Minority Report might need to rethink a few things.  Was it really simply a science fiction thriller and are “pre-crime” theories just a fantasy?  Like it or not, there’s some unnerving technology out there that brings Tom Cruise’s futuristic movie into a frightening focus – and far closer to reality than we want.

Regardless of the chilling constitutional (civil rights, 2nd Amendment) consequences, California is ready to jump into such an existence with SB 55 by creating a new class of non-violent misdemeanors that would result in a 10-year prohibition on firearms possession.  The key theory is that firearm injury and death will be reduced if guns are kept out of the hands of people who, based on their condition or past behavior, are determined to be at risk of future acts of violence.

In other words, even if you have never committed an act of violence, the state can yank your rights because of what they THINK you MIGHT do.  And if you think this is not already happening around the world, think again.

In 2017, two German filmmakers released a documentary (that would mean non-fiction) that illustrates just how law enforcement currently uses data to shadow potential offenders who’ve not broken any law…yet.  The movie shows how police departments, in Europe and the USA have actually teamed up with private companies to utilize publicly available data, personal information and algorithms to predict who is most likely to commit a crime and where it is most likely to happen. Titled “Pre-Crime,” directors Matthias Heeder and Monika Hielscher were interviewed by Salon, a leftist online publication where they pulled “the curtain back on the predictive policing system that London authorities call — believe it or not — ‘the Matrix’.”

The following are selected responses to Salon’s Q & A:

According to the filmmakers, there are predictive police programs in Fresno, Philadelphia, Chicago, and in England, Kent and London, which are featured in the film

Whether it’s George Orwell’s 1984 or Steven Spielberg’s Minority Report – neither are how freedom-loving Americans want to live. SB 55 passed Senate Public Safety and is currently on the Appropriations Suspense File, which means it has a hefty taxpayer price tag, and will be brought up again in May.  Let’s hope it stays there.