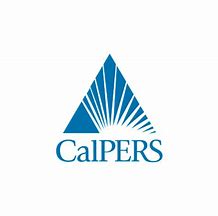 We all know nervous-nellies who have a near panic attack at the mention of the word “gun” or God forbid, actually seeing the real thing. And ridiculous though it may be, that’s OK.  We fully support the right for people to be terrified of an inanimate object.  We aren’t OK, however with pension fund managers at CalPERS losing over $11 million of retirees’ money because they are firearm phobic.

You read that right: CalPERS has lost a whopping $11 million on firearms divestment alone.  This should enrage every gun-owning public employee in California.  This is, however, no surprise to us – it’s become a pattern in recent years for the fund to sell off and outright ban purchasing any stocks from companies that are considered “controversial.”

And while we are not going to get into the mind-numbing points (yet financially crucial) of “unfunded liabilities” (which means there’s not enough money to pay retirees what’s been promised…), the Wall Street Journal just did a revealing piece called “CalPERS’ Dilemma: Save the World or Make Money?” Essentially, the article focuses on some serious squabbling – and whether the investment strategies of banning entire industries (i.e. gun manufacturers) is a smart move.

Overall, its divestments have cost the fund about $2.5 billion. Chalk one up in the “dumb move” box.GOC doesn’t have any issue with divesting from companies that are enemies of the USA.  That’s reasonable – even if they would make money for the fund.  But to virtually blacklist an industry that is protected by our Constitution is political correctness gone sideways.

Thankfully, we are well aware that some on the CalPERS Board are railing against such financial stupidity, and recognize that turning a blind eye to robust investment opportunities is a knife in the pocketbook of California pensioners.  This is especially painful given that the state pension system has a funding gap of $168 billion.  This means that taxpayers or employees would need to contribute an additional 4.5 percent of payroll to pay for both the cost of new benefits and the expected increase in the existing pension debt. OUCH.  This could be why the board plans to review it’s current investment/divestment policies next year.

To that end, it sounds like the PERFECT time to INVEST in an industry that could actually make the state – and thus thousands upon thousands of gun-owning retirees – some well-needed bucks.