A hefty “ammunition registration” salvo was fired on Monday when a motion was filed requesting an injunction against the insidious new law that went into effect on July 1, 2019. 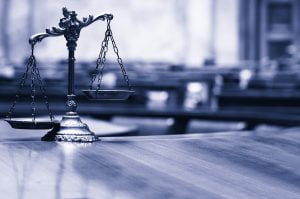 This is terrific news for gun owners throughout California.  The requested injunction is a judicial order that seeks to put a stop to the entire ammunition registration process until such time that the court rules on Rhode v. Becerra and the overall constitutionality of the law itself (passed by the voters in 2016 as Proposition 63).  Filed in April of 2018 on behalf of Olympic shooting champion and gold medal winner Kim Rhode, the case cites the law’s unconstitutionality and violation of the interstate commerce clause.

The injunction – which could not have been filed until the law went into effect on July 1, gives new energy to the case because it seeks to suspend the entire mess of background checks, transfer bans, fees and purchase prohibitions.   GOC immediately began collecting data on July 1 about system failures from vendors and individuals, which we passed on to Michel and Associates, the legal team handling the lawsuit.

We should hear some news relatively soon as a hearing on the Plaintiffs’ request is currently scheduled for August 19.  Hopefully, a decision will be forthcoming soon thereafter.

“What the hell is going on?  Since when do I have to show private info before I can buy ammo? This is outrageous…”
Tom in Pilot Hill

We’ve heard some crazy stuff from folks who’ve run into the proverbial buzz saw while attempting to buy ammo – not to mention the inconvenience of long lines, erroneous denials, ridiculous wait times and uncertain and confused retailers who’ve been left high and dry by the Department of Justice.  GOC is fully aware that frustration and anger is deep – although many were prepared for the predictable disaster, many were caught completely unaware.  We had tons of people contacting GOC in disbelief that this was happening, and it sadly confirms that many gun owners are thoroughly disengaged in the political process and what is happening to their rights.  Such attitudes are damaging and dangerous to every last one of us, and we aim to stop it.

“Are you telling me that my adult daughter – who has never bought a gun – has to pay $19 above and beyond the cost of ammunition every single time she goes to buy shotgun shells at Walmart?  This is wrong, man…”
Emilio in Ramona

GOC is going to do everything we can to support our 2nd Amendment partners, and will work diligently with Rhode v. Becerra plaintiffs (CRPA and NRA).  As the case moves through the judicial process, we will be there to lend amicus support (friend of the court briefs submitted during the appellate stage).

We will not sway in our commitment to make sure all Californians are armed and informed and that they understand the 2nd Amendment was adopted in order to guarantee a way of protection for ones’ self, family and country against the dangers of a broken world.