So Geraldo Rivera – the indisputable example of journalistic integrity thinks anyone who owns an AR-15 has – wait for it – a small penis. Yep, that’s what he tweeted to his 200,000 plus followers. 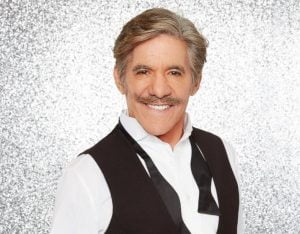 Let’s get something straight:  if there’s anything small out there it’s his brain and the same goes for those who agree with him.  His comment is nothing more than a junior high level bullying tactic, usually reserved for those who lack the intelligence to debate an issue like an actual adult.  We’re surprised he didn’t close out his tweet with “neener neener neeeeener!”  What’s more, Rivera’s adolescent disrespect for women gun owners – many of whom own and shoot AR style rifles – is both ignorant and thoughtless.

Rather than tease Geraldo about his reporting boo boos (and there are quite a few), GOC would prefer to cite some cool AR facts (more than 16 million are privately owned) courtesy of the National Shooting Sports Foundation.  Interesting that we didn’t notice even one bullet point that addressed the size of anyone’s private body parts as a criteria for ownership:

And, last, but certainly not least, they are a lot of fun to shoot.  Take that you ignoramus…