Hot Diggity. California’s very own United States Senator Kamala Harris has jumped off her sinking ship to the presidency, joining her former fellow candidates Beto O’Rourke and Eric Swalwell.  They happen to have more than a few things in common – they are entitled, self-absorbed agitators, and they are all dog-paddling in that ridiculous, anti-gun sea of theirs. 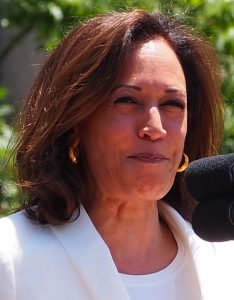 Each one of these presidential has-beens was pounding the drum hard for gun control – using their debate platform to “out-anti-gun” the other. Swinging so far to the left by openly advocating for gun confiscation and the like was a test of sorts – and it didn’t seem to go so well.

According to Stephen Gutowski, Free Beacon firearms policy reporter and gun safety instructor, “Gun control has increasingly taken a back seat in coverage of the 2020 primary, upsetting proponents and causing celebration among opponents, who believe the drop-off shows the issue is a loser even in the Democratic primary.”

Gutowski wrote that an analysis by the Free Beacon bears this out, finding that “gun control is no longer drawing the same media attention it did in the aftermath of the mass shooting in El Paso, Texas. The issue was all but absent from the most recent Democratic debate, a fact lamented by gun-control advocates.”

Beto O’Rourke’s “Hell yes, we’re going to take your AR-15, your AK-47” may have made for a good media soundbite at the time, but it sure didn’t resonate with the millions of gun owning citizens across the land, and he soon dropped out of the race. Harris had thrown her support behind O’Rourke’s plan to come and get ‘em – calling it a “good idea.”  And then there was Eric Swalwell.  He’s the guy the Washington Examiner called a “human cringe tornado” and who famously threatened to go nuclear when he warned gun owners that any fight over firearms would be “a short one,” because the federal government has an extensive cache of nuclear weapons.

Mark Oliva, director of public affairs for the National Shooting Sports Foundation put the entire gun control debate into perspective when he said “Democratic candidates are learning the hard way their anti-gun and anti-rights messages don’t resonate beyond their cocktail parties.”

It makes us warm and fuzzy at GOC that three of the most zealous anti-gun nuts out there – two of whom are from our own state of California – will not be in the running to unseat President Trump. We are under no illusion that the remaining contenders will defend the Constitution – hardly. Michael Bloomberg believes he is here to save the day with his billions of dollars and a highly curated anti-gun email list from his Everytown for Gun Safety’s donor rolls. There’s still much work to do – at this point, however, we are just celebrating the fact that the anti-gun ship on which Harris, Swallwell and O’Rourke sailed – has sunk.