The LA Times recently blew a gasket when they learned the number of new gun owners had skyrocketed since COVID-19 hit the nation. Even though homicides rose by 250% in their own back yard, and the number of shooting victims rose by 56% in recent weeks (according to the LAPD), the Times got their undies in a bunch because private citizens are choosing to arm themselves.

In their recent op ed, the Times reported on a study that tracked new gun owners between 2004 – 2016.  It found – and we quote “that men were eight times as likely to shoot themselves over the 12 years after that first gun purchase than non-gun owners.” 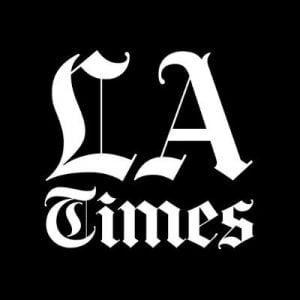 That this is considered genuine data is a head-scratcher.  Of course someone who owns a gun will be more likely to commit suicide with a firearm than someone who does not own a gun. That’s like concluding that people who drive cars are more likely to drive drunk than people who don’t drive at all.  Then again, this is how the Left makes its arguments – although the Times admits that 60% of firearm deaths are suicides, they ignore the axiom of science that association or correlation does not equal causation. Until causation of suicides is studied and evaluated, it is incomprehensible and irresponsible to control gun ownership. If you follow the L.A. Times logic, firemen should be banned because they are found at the scene of every fire. Association does not equal causation.

Not only do they use this same absurd logic about women who own guns, the Times also make bogus statements that the increase in gun ownership has attributed to increased accidental shootings by children.  The truth, however, is that unintentional firearm-related fatalities among youth decreased 55.4% while the population increased 2.4 percent in the last two decades.

Clearly, the fact that a lot of folks in America have guns triggers the media.  The Time sees a problem with “adding more firearms to the nation’s already numbingly large privately owned arsenal of some 300 million guns (no reliable count is available) owned by about a third of the population.”  GOC does not see this as “numbingly” anything other than positive.

What’s worse, though, is their attempt to dissuade someone from buying their first gun, declaring “Yet incidents of gun owners using the weapon in self-defense are minuscule compared to the number of people — led by middle-aged white men in rural areas — who use the weapons to kill themselves…”

This is not only an obnoxious statement, it is bull.  According to the Center for Disease Control under the Obama Administration, studies on defensive gun use have determined that Americans use firearms defensively between 500,000 and 3 million times each year.  Plus, a significant and comprehensive new database that details defensive gun use in America confirms these numbers and reports “There’s good reason to believe that most defensive gun uses are never reported to law enforcement, much less picked up by local or national media outlets.” The Left, however, continue to rumble on that “the average person … has basically no chance in their lifetime ever to use a gun in self-defense.”  That may be the case, but it is certainly no reason to discourage purchasing a firearm.

What the LA Times calls “madness” we call smart.  We’ve said it before and we’ll say it again, “Given the decisions made by self-appointed tyrants at every level of government, it shouldn’t surprise anyone that this (increase in gun sales) is happening.  People want to protect themselves and those they love.  It’s as simple as that.”