Do you think we are crying wolf when we say the election – which is less than two months away – could be the most significant in our lifetime?  Do you think we are engaged in fear mongering, simply as a means to galvanize our pro-gun base to vote for pro-gun candidates?

Let’s be clear.  The answer is NO.  We are not crying wolf nor are we ginning up dishonest scenarios designed to scare people – that’s the Left’s strategy and always has been.  But let’s be real when it comes to what’s at stake in November: the evidence is impossible to ignore.

All anyone has to do is to take the words right out of the anti-gunners’ mouths and off their campaign websites.  This is no mystery – even pundits mumble that the Left has been emboldened to “say the quiet stuff out loud.”  In other words, what they have kept under wraps for decades is now out in the open – and they are neither shy nor embarrassed at their socialistic dive.  They have been bolstered by the chaos of the world, and either think we aren’t paying attention or are too weak to do anything about it.

Don’t believe us?  Check it out for yourself here – Joe Biden and the “president -in-waiting” Kamala Harris have made no secret where they stand.  YOU DECIDE if we are stirring up fear and controversy:

Joe Biden has promised to: 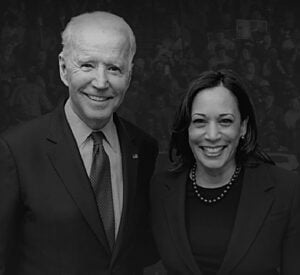 If this weren’t enough, Kamala Harris has gone so far as promising to push her anti-gun policies through executive order if elected – effectively circumventing any sort of Congressional approval.

Convinced? It’s clear as glass that at the federal level, there is a bold agenda by the Left to annihilate the right to keep and bear arms.  If they catch any sort of tailwind on Tuesday, November 3, the three branches of government will be at risk and the stage set for all-out destruction of the 2nd Amendment.

To get a full and comprehensive run down on where Joe Biden and Kamala Harris stand on the 2nd Amendment, GOC  recommends the following piece, recently published on Ammo.Com: Joe Biden on Gun Control: Understanding Biden’s 2020 Platform and the Second Amendment.  Please take the time to read it and then forward it to friends and family.

Our rights depend on it.