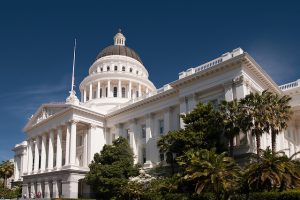 Slowly but surely, the California Legislature is rolling into 2021, and although they have been “encouraged” to go light on bill introduction, there’s little chance that will happen.  The pull of having one’s name on a bill is simply too seductive.

The deadline for bills to be introduced by both the Senate and the Assembly is February 19 so we won’t really know the entirety of the damage until then.  That said, it’s no surprise the anti’s have already started their plunge into legislation that’s heavy on vanity and short on value:  check out the bills we are monitoring on a daily basis:

They recently took to Twitter congratulating Assemblyman Ward on the bill’s introduction, stating “It’s simple: Anything that can be assembled into a gun should be treated as a gun. Thank you to @AsmChrisWard for introducing this proactive, common-sense legislation to stop the flow of untraceable and unregulated “ghost guns.” #CAleg @ca_brady https://t.co/O7UjroTVKy

This bill would make it unlawful to hunt, trap, or otherwise take a bear, except under specified circumstances, including under a depredation permit. The bill would remove the designation of game mammal for bears, thereby designating a bear as a nongame mammal, and would eliminate bear tags.

SB 81 | Skinner-D / Firearms: Licensed Firearms Dealers / OPPOSE
This bill pertains to how a licensed firearms dealer conducts business; although the language is currently “technical and non-substantive” we are still opposing.

SB 264 | Min-D / Firearm Sales on State Property / OPPOSE
This bill would prohibit a state officer or employee, or operator, lessee, or licensee of any state-owned property, from contracting for, authorizing, or allowing the sale of any firearm or ammunition on state property.

GOC is pleased to support the following bill by Assemblman Rodriguez:

This bill would, upon approval by the voters, make knowingly buying or receiving a stolen firearm, as specified, regardless of the value of the firearm, punishable as either a misdemeanor or a felony.

Although the Capitol building remains closed to GOC staff and the general public, rest assured we will continue to monitor and make our views known to the policymakers and their staffs.  Being armed and informed is one of GOC’s key goals, so in order to stay up-to-speed on all 2nd Amendment related bills currently before the State Legislature, click here and follow the prompts.

Also, check out our Legislative Resources here – we have links to the Legislative Calendar and some solid tips on the value of citizen lobbying (we may  be in the midst of a worldwide pandemic, but these tips are nonetheless helpful for when face-to-face communication returns).

As always, it’s an uphill battle here in California but we are stand ready to take on the anti-gun community with intensity and passion.  Stay tuned!