The Left’s playbook is grounded in the belief that they should never let a serious crisis or tragedy go to waste. And as expected, the recent shootings in both Georgia and Colorado spurred the anti-gun zealots into fierce action.

In her Red State article “If You’re Terrified of White People With Guns, Then You Should Probably Buy a Gun”  Kira Davis writes “Not even five minutes after the announcement of a mass shooting in progress in Boulder, Colorado, social media erupted into the blame game. It would be hilarious if it weren’t so damn predictable and tragic.”

Predictable and tragic is right.  Not only were the media and the Left using a couple of horrific situations to gain political traction, but they also decided to play the ugly race card as well.  We need that like a hole in the head.

Davis writes “Liberal pundits wasted no time in condemning all white gun owners as tools for white supremacy. Without a shred of evidence or reporting, they immediately pinned the horror on a white man with a gun.”  Our Vice President’s own niece Meena Harris was one of the first to jump on this 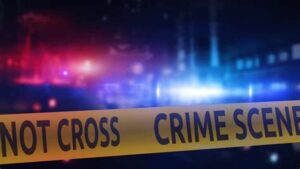 bandwagon, tweeting ‘The Atlanta shooting was not even a week ago. Violent white men are the greatest terrorist threat to our country.’  She got a lot of blow-back and deleted the tweet once she learned the shooter was of Syrian descent, but still held firm on her perspective that white men are dangerous, stating ‘I made an assumption based on his being taken into custody alive and the fact that the majority of mass shootings in the US are carried out by white men.’

To this end, Kira Davis’ observations get really good:

Let’s suppose all of that is indeed true.  Shouldn’t every non-white person own a gun?”

She is right on the money.

Shouldn’t this be the default instead of the tired old cry for more ineffective gun control?  Case in point:  Colorado has universal background checks, “Red Flag” laws and the City of Boulder had a 2 year “assault weapons” ban yet not one prevented the actions of an evil psychopath.  The “virtue signaling” about the need to “do something” may fill an emotional gap, but it does absolutely nothing in the real world to prevent the “scourge of gun violence.”

This also begs the question whether making it more difficult for anyone to buy a gun would also make it all the more hard for those in minority communities to protect themselves from the danger of armed white supremecists.  The Left can’t have it both ways – although they frequently try.

Davis takes this head on:  “Either they are telling me that as a black American I simply have to accept the fact that I will be shot by a white supremacist one day and no one will be able to protect me, or they are saying that the only way to protect myself is to help them ban all guns, since they are the tools I should most be afraid of in the hands of a white man. To tell me that the way to protect myself is to limit my own access to weapons as a law-abiding citizen covered by the Second Amendment is lunacy.”

Davis wraps things up by insisting that if anyone is “terrified of white people with guns then you should probably buy a gun.”

Amen to that.  This is exactly why Gun Owners of California supports the efforts of Gun Owners of America and their work with Maj Toure and Black Guns Matter.  They are making a solid difference in the urban areas of the country through real solutions that do not infringe on the rights of all Americans. Bringing positive change to all communities and teaching the significance of the 2nd Amendment are goals we are proud to share.  To learn more about Black Guns Matter, click here.

To read Kira Davis’ full article “If You’re Terrified of White People With Guns, Then You Should Probably Buy a Gun” click here.