“Sentence Enhancements” Are On the Chopping Block

If the Left is so freaked out about the scourge of gun violence, why then do they want to reduce penalties for using a gun in the commission of a crime?

And, if the Left is so angst-ridden about all those brand-new legal gun owners (that’s 8 million 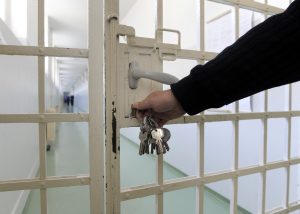 nationally in just the past year) then why are they so hell-bent on ignoring that it’s the bad guys that don’t go retail shopping for their weapons?

If the Left is so relentless in their pearl clutching, then why do they want to hasten the return of violent criminals to our streets?

Big on hypocrisy, the hefty-lefties at the Capitol in Sacramento are intent on undoing some of the good stuff California actually has in statute – that being the 1996 “use a gun and you’re done” law that added 10, 20 or 25-years-to-life to prison sentences when the perpetrator uses a gun in the commission of the crime.  Bay-area Assemblyman Alex Lee thinks it’s a good idea however, to radically reduce the sentence enhancements to 1,2, and 3 years respectively.

This is a bonehead – and dangerous move.  The safety of Californians is one of GOC’s foundational goals, and while firearm ownership is a clear Constitutional right, those who use a gun in the commission of a crime should not be given a pass, but rather face a severe penalty for their actions.

We think Assemblyman Lee and his colleagues should take a look at the 2019 Bureau of Justice Statistics report on Source and Use of Firearms Involved in Crimes: Survey of Prison Inmates (SPI), which found that roughly 1 in 5 (21%) of all state and federal prisoners reported that they had possessed or carried a firearm when they committed the offense for which they were serving time in prison. More than 1 in 8 (13%) of all prisoners had used a firearm by showing, pointing, or discharging it during the offense for which they were imprisoned, and fewer than 2% had obtained a firearm from a retail source.  With such admissions from perpetrators of gun crimes, it bears asking why it is necessary to decrease enhancements by 90%.  What’s more, in 2017 the legislature passed Senate Bill 620 (Chapter 682) which gives a judge the authority to strike and even dismiss a firearm enhancement if doing so would be “in the interest of justice.” SB 620 made 10-20-life a matter of judicial discretion rather than a mandatory minimum, which should address every concern ever raised about how “unfair” the law is.

In addition to the BJS findings, the California State Auditor recently reported that “Although the number of inmates housed in state prison has decreased in recent years, recidivism rates for inmates in California have remained stubbornly high averaging around 50 percent over the past decade (Report 2018-113 January 2019).  But hey – let’s make it easier to get them back out on the street.

To undo the “use a gun and you’re done” law reveals in stark fashion just how little the Left cares about safety in our communities.