First it was the Mayor of San Jose, but now the full City Council has jumped on his “big brother” bandwagon by passing a new gun law that requires retailers to video-record all firearm purchases.  They have now stepped full into the limelight of anti-gun lunacy, celebrating the fact that they are somehow the first city to head down this road. And no surprise – GOC’s phones are ringing off the hook with media 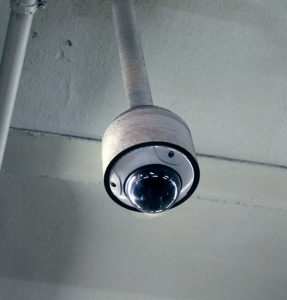 requests for comment – we are happy to oblige on this latest anti-gun blunder.

The new ordinance was unanimously passed by the City Council on Tuesday, June 15, 2021 and supposedly targets the non-issue of straw purchases, which is when someone illegally buys a gun for another person.   Mayor Sam Liccardo proclaimed that “We know a significant number of crooks and gangs get firearms through straw purchasing.” There is no evidence that this is true.  What is true, however is that the overwhelming number of firearms used in crimes are stolen – which makes sense (the common kind) because – as a general rule, criminals just don’t seem to care about breaking the law.  Thus, the law is a solution in search of a problem that’s not there.

Plus, the privacy implications are enormous; the San Jose ordinance thoroughly ignores these concerns in that it requires the camera to be on the entire time the business is open. As such, the cameras will record ALL sales whether firearms or ammunition related or not.  Who will have access to the videos?  Must they be kept in a secure area?  What precautions must be taken to make certain the videos cannot be made public – or hacked? Given that the ordinance requires the parking lot to be continuously monitored during business hours, what else – and who else will be recorded? How will customers of neighboring businesses be impacted – as they will not be aware they are being videotaped?  And to add salt into an unconstitutional wound, the City Manager is required to make recordings available to law enforcement without a warrant, court order or subpoena. Hello 4th Amendment!

And a curious question – did San Jose’s elected leaders possibly consider how such privacy issues could impact the many Leftists who are still in the closet about owning guns? There’s been an incredible spike in brand-new gun owners over the past year – how will the politically-correct liberals out there feel about having their faces videotaped – and from all angles no less! This is a bad idea all around and it’s no surprise that concerns about confidentiality derailed a similar proposal in 2016 when Assemblyman Kevin McCarty introduced AB 2459 in the Legislature.

Both the San Jose Mayor and City Council have crowned themselves with sovereign-type powers that go far beyond their scope of authority – taking a page from Governor Newsom’s playbook.  With this and the myriad of other new gun control decrees (additional taxes, liability insurance mandates) San Jose has opened themselves up to a host of legal challenges.  This is deeply unfortunate because it’s going to cost a lot of good people a lot of money.  The law-abiding gun owners in San Jose don’t deserve to be treated in such a highly discriminatory manner and neither do those in the pro-gun community who will be forced to fund lawsuits.

GOC encourages every supporter of the 2nd Amendment to become armed and informed – work with us to make sure this type of tyrannical behavior doesn’t invade your community and stand with us as we defend the Constitution.