The Recall of Governor Gavin Newsom Must Be First and Foremost

Supporters of Governor Gavin Newsom are doing everything they can to deflect as much attention away from him as possible.

Every day, the media runs story after story about one of the many individuals who seek to replace him should the recall be successful.  Little is written anymore about the issues that that convince 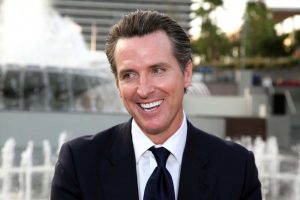 d the voters that Newsom was doing such a bad a job that 1,719,900 eligible voters signed a petition to qualify the recall in order to boot him from office.

In its cynical attempt to give Newsom every advantage to defeat the recall however, the Democrats in the legislature hastily crafted and pushed through a bill to circumvent one of the “certification” steps (an estimation of costs).  This permitted the election date to be bumped up by more than 30 days, from the fall to the late summer, thereby shortening the amount of time Newsom’s opponents have to campaign for his ouster.  This is a manipulation of the legislative process at it’s worst, but that’s how the Left plays the game at the Capitol.  A funny note in all this devious maneuvering is that Newsom’s team actually bungled the paperwork so he won’t appear as a Democrat on the recall ballot. This has made his campaign so nuts that he’s actually suing his good buddy, Secretary of State Shirley Weber in order to reclaim his Leftist partisan label.

It’s no secret that Newsom is using his position as governor to bribe the voters – he’s like a carnival huckster with gameshow raffles, circus-like events and huge money giveaways to ease the pain caused by the COVID pandemic for lower income voters.  Plus, he’s painting a rosy picture of the California economy, declaring that COVID is under control because of his leadership and he’s arguing that the recall is nothing more than a political stunt promoted by Republicans rather than hundreds of thousands of unhappy Californians.

As the recall effort gains momentum, we’ve heard the Governor declaring – with a steady assist from the media – that California is “roaring back.” Dan Walters of CalMatters, however, has a different, and far more accurate spin:

“However, broader economic data offer scant support for the “roaring back” mantra the governor is chanting these days. It’s more like creeping back — slowly.

The state’s monthly report on employment, issued on June 18, frames the glacial pace of improvement. The state lost nearly 3 million jobs after Newsom ordered widespread business closures in March 2020, and since then we’ve recovered roughly half of them. Our 7.9% unemployment rate is still twice what it was before the shutdown and is the third highest of any state, slightly under Hawaii and New Mexico.”

The surplus he’s been touting is mostly due to taxes on the affluent which is hardly braggable.  On the other hand, under his management, California has faced a scandal of magnificent proportions where his Employment Development Department has paid $1 billion in fraudulent claims. As we have reported on numerous occassions, Newsom is virulently anti-gun, and has made it one of his primary goals to dismantle the 2nd Amendment and prevent the law abiding from being able to protect themselves.  And, in one of the most tyrranical aspects of his leadership, even as he declares COVID under control, he still maintains the iron-fisted “State of Emergency” that gives him extraordinary powers and basically cuts any participation and checks by the legislature.

If we do not focus our attention on the big prize, that being the first question on the ballot “Should
Governor Gavin Newsom be Recalled” – nothing else matters. We must not let political squabbles as to
who should replace him scare voters away from the polls. Don’t get me wrong, there are some great
candidates that will appear as the second question on the ballot, and we will get to decide who ultimately
wins, but all this will be for naught if we do not win the all-important first question.

Do not fall prey to these tactics because they are the tactics of someone who is desperate. Governor
Newsom, with all his arrogance, knows that he is facing a politician’s worst nightmare…the loss of his
job.

Keep your eye on the prize!