In a surprising admission, a headline in the Los Angeles Times divulges that the Golden State’s devotion to all things gun control is actually taking a bit of a tumble.  According to the Times, “As violent crimes surge, Californians’ faith in gun control slips in new poll.” 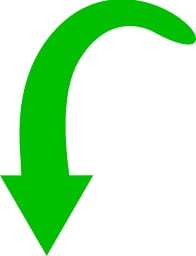 h support for stronger restrictions on firearms is still relatively strong, we’re a bit surprised the headline didn’t read “Support for Gun Control Remains Strong In the Face of Extreme Crime Spikes.”  That being said, we appreciate the reasonably balanced reporting on this issue.

Opinion polls are interesting things:  how the poll was conducted and how the questions were actually phrased make it difficult to nail down just how accurate the polling data is.  By virtue of sheer numbers, it’s obvious, though, support for gun ownership is up – far more than a mere 4 percentage points.

How exactly does this square with the fact that in California alone, the sale of handguns increased by nearly 66% in 2020 compared with the year before, according to numbers released by the state attorney general this month.

Take that figure and juxtapose it to 43.9% – which is the increase in shootings in Los Angeles so far this year, when compared with 2020.  This year.  And it’s only July.

Homicides in the city have surged 28.9%, another figure reported by the LA Times.

Were any of these staggering statistics part of the equation when the pollsters asked the questions about gun control?  Hard to say, but one would have to be living under a rock not to be aware that crime has erupted – especially in urban areas.

With calls to “defund the police”, law enforcement in much of the state has been effectively neutered, and when coupled with economic and pandemic uncertainty, people are realizing that they are their own first line of defense.

GOC Executive Director Sam Paredes in LA Times 7-29-21
“They are realizing that they are their own first line of defense.” He also said California voters have seen that mass shootings continue despite the state’s gun laws.

“The more the general public actually finds out about some of the shooting events that happen in California, it is starting to realize none of those laws would have affected any of the mass shootings that we’ve had,” he said.

“That’s a fantasy world. Where are we living in? I mean, you could look at the numbers throughout California and the rest of the country. Crime is increasing. It is surging, and there’s no consequences. There’s no repercussions for these criminals that feel that they could go in and do what they want. And it’s because of these laws. That statement is not true. The numbers don’t lie.”

Add this to the mix as to why people are changing their minds about gun ownership: Newsom granted 14 pardons, 13 commutations and 8 medical reprieves – for murderers, bank robbers, armed robbers, kidnappers, killers for hire, drivers of get-away-cars for murderers, and assaulters with firearms.  Not only that, but he also decided via executive order to increase “early release credits” for 76,000 inmates – many of whom are violent and repeat felons.

The brainiacs that think they are effectively running the show here in California and across the nation are more than a few fries short of a Happy Meal.  They are so insulated from the lives of real, honest, working Americans that they are blind to the obvious:  the uncertainty of our state and country – economic or otherwise, has people incredibly unsettled.

We don’t need a poll to tell us opinions on guns have shifted.  They have – we see it every day in the phone calls GOC receives.  We seed it in our emails.  And we see it in the naked numbers of new gun owners in California and across the nation.  It’s happening.