California is literally burning up and if that weren’t bad enough, it’s now been reported that Governor Newsom told a whopper – inflating what he did to prevent the threat of wildfires by a phenomenal 690%.

How do you do spout off a 690% exaggeration about 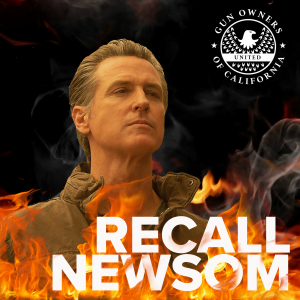 something as critical as fire prevention and keep your job?  We are hoping this failure is just one more nail in his political coffin because let’s be real:  he’s not been honest about guns, crime – and now fire.

Columnist Dan Walters of CalMatters reported this week that “On his first day as governor, Newsom declared a broad new policy aimed at prevention rather than merely suppressing wildfires as they occur” and that “the state would clear underbrush and thin forests with prescribed burns and other techniques, emulating how nature and Native Americans dealt with fire for countless eons.”

But, a new investigation by Capitol Public Radio “found Newsom overstated, by an astounding 690%, the number of acres treated with fuel breaks and prescribed burns in the very forestry projects he said needed to be prioritized to protect the state’s most vulnerable communities. Newsom has claimed that 35 ‘priority projects’ carried out as a result of his executive order resulted in fire prevention work on 90,000 acres. But the state’s own data show the actual number is 11,399.”

“Overall, California’s response has faltered under Newsom,” the report continued. “After an initial jump during his first year in office, data…show CalFire’s fuel reduction output dropped by half in 2020, to levels below Gov. Jerry Brown’s final year in office. At the same time, Newsom slashed roughly $150 million from CalFire’s wildfire prevention budget.”

The Dixie Fire has been burning for a month and has ravaged over 600,000 acres.  The new Caldor Fire has burned over 53,000 acres and is zero percent contained.

What say you King Newsom?  We are now watching in real time the devastation of this “broad new policy.”

And then, according to Walters, “A month after the Capitol Public Radio report, and with multiple fires burning, Newsom and other Western governors pleaded with President Joe Biden to abandon the Forest Service’s let-it-burn policies and ramp up suppression.”

Pleading with President Biden.  Given what has been happening in Afghanistan, let that one sink in.

GOC is going to beat the Recall Newsom drum until the polls close on Tuesday, September 14.  Just think – how many opportunities will we – as Californians – have the chance to shake up a system that has shown utter contempt for us – whether it’s on saving our state from the threat of wildfires or the dismantling of the 2nd Amendment?  We will have that chance on September 14 and make no mistake about it – this is an unprecedented opportunity to tell the elite hypocrites at the top of the political food chain that we have had enough.  GAVIN NEWSOM IS A STAIN ON OUR STATE AND WE CAN REMOVE HIM FROM OFFICE – BUT WE MUST VOTE YES ON THE RECALL TO SHOW HIM HIS WALKING PAPERS.