The declaration yesterday by the 9th Circuit Court of Appeals (to read, click here) that California’s “high” (standard) capacity magazine ban is constitutional is a clear indication that the heavy hand of politics is pressing the scales of justice firmly to the left.  And, even though GOC fully expected the previous ruling of the ban’s “unconstitutionality” to be shot down, it was still a middle finger to the 2nd Amendment community and to the Supreme 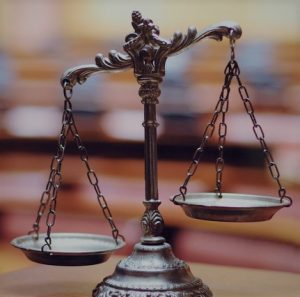 Court as well.  The 9th fully discounted both the Heller and McDonald decisions, both of which affirmed the right to keep and bear arms as an individual right as opposed to a collective right and, that right could not be infringed by federal, state or local governments.  Justice Susan Graber, writing for the majority opinion in overturning the previous 3-judge panel, said that “The ban imposed only a minimal burden on the core 2nd Amendment right to keep and bear arms.”

Minimal?  That’s rather like saying the government will cut you with a knife rather than a sword.

Further, the 7 – 4 decision, primarily comprised of judges appointed by anti-gun Democrat presidents, admonished courts for using the “text, history and tradition” as a means to decide 2nd Amendment cases.  Make no mistake: GOC is resolute in our belief that how the courts make their decisions is critical and should not fluctuate with cultural winds.  We strongly contend that courts should exclude the use of two step judicial reviews like rational basis (in other words, “does this make sense in 2021?”), intermediate scrutiny (is there a compelling “government interest” that would allow the infringement on an constitutional right?), or even strict scrutiny (a narrowly defined government interest).  Rather, it’s imperative for the court to use the appropriate originalist review process, which considers what the intent was when the 2nd Amendment was crafted and ratified.  Anything else simply creates a legal framework built on sand.

GOC supported the Duncan v. Bonta legal challenge in the form of an amicus (friend of the court) brief, which made the following arguments [in part]:

This case will now be appealed to the Supreme Court of the United States, and make no mistake – we will continue to support the efforts of the chief Plaintiff, the California Rifle and Pistol Association as this case moves forward.

Court cases are exceedingly costly – you can help GOC in this regard by contributing to our legal work on this case and others HERE.