Expecting things to change at the State Capitol just because we’re moving into year three of COVID angst is like expecting a snake not to wiggle. It’s not going to happen.  After the Capitol’s near-total shutdown in 2020, and the stunning cluster of 2021, it might be reasonable to assume that things would have been figured out in 2022.  Not so.  It’s just another year – and another mess of testimony.

A year ago, we wrote about problems with public testimony HERE, and they were not just simple glitches.  Yesterday, in the Senate Committee on Public Safety, GOC Executive Director Sam Paredes attempted no less than 3 times** to speak in opposition to the Department of Justice (DOJ) sponsored SB 918 (Portantino).  He was introduced and as if by magic, Paredes was muted and ultimately cut off following three separate attempts to be connected.  He had been on hold for hours with the committee because GOC believes it is worth publicly stating that this bill essentially whitewashes the fact that for two years, DOJ has been overcharging for background checks.

It doesn’t matter if the conspiracy of squelched public input is based upon the shifty legislative characters that run the place, or the pure inefficiency of the AT&T system.  The bottom line is that it happens – the system in place regularly denies us and like-minded groups and individuals from public input; from our perspective, is borderline criminal.

The Hefty Lefties at the Capitol are basically sitting on easy street.  They have no 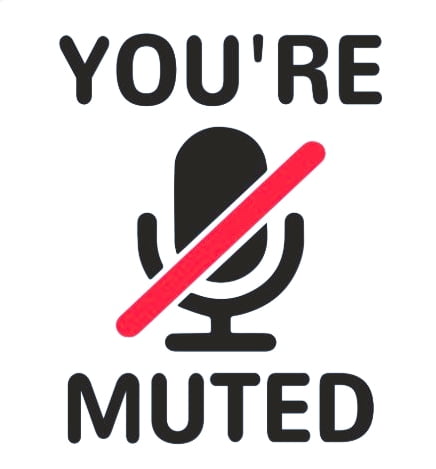 t had to look people in the eye while lying for two years about any number of issues, they have not had to answer any tough questions from the public about their shenanigans, nor have they needed to engage in dialogue about whether a bill is actually bad public policy.  Under normal circumstances, the Legislature is dreadfully isolated from the real world, but their handling of business during COVID has made things even worse.  They have been able to hide behind masks, inefficient phone lines and have shunned in-person meetings.  It’s far easier to sit amongst the velvet drapes and chandeliers of the legislative chambers than meet with frustrated constituents or lobbying groups.

The hearing yesterday was a perfect example as the remote “expert” from the Department of Justice facelessly bobbed, dodged, weaved and was thoroughly unable to answer questions about background check costs.  Pushback is near impossible when the voice on the phone says “I am not in possession of that information at this time.”  GOC, however, had been more than ready to shed a necessary light on how often DOJ has avoided telling the truth regarding such expenditures. Regardless of the Department’s inability to respond, the bill passed.

No more will GOC play by the Legislature’s strong recommendation that “all are encouraged to participate using the Remote Testimony Station, or by phone.”  No more will GOC sit patiently on hold, only to be summarily dismissed with a “at this time no one is in the queue” after waiting literally hours to testify.  No more will GOC push 1-0 for the “privilege” of offering public testimony.  Instead we will gladly spend the money on gas, parking and the overall inconvenience of sitting in committee listening to legislators spout policies that would make the founders (both of our nation and Gun Owners) roll over in their graves.  WHY?  Because YOU – the law-abiding, who want nothing more than to exercise your God-given rights to protect our homes and families – are worth it.  Because YOU deserve to have GOC advocate on your behalf.  And although the battle is as uphill as it gets, we are never going to lie down in the face of Leftist oppression.  Too much is at stake.

It has been said “The only thing necessary for the triumph of evil is for good men to do nothing,” and we agree.  For those that believe California is not worth saving, we say good luck to you but get out of our way.  Fighting evil is in our DNA and that’s all there is to it.

**For those who wish to listen and or watch the ridiculous debacle, click HERE to download the audio/video (3/22/22 PUBLIC SAFETY Hearing).  To hear a refreshingly bold comment about the disastrous phone system go to the 3:18:42 timestamp.  To hear what happened with GOC’s Sam Paredes, the timestamp is 3:19:10.