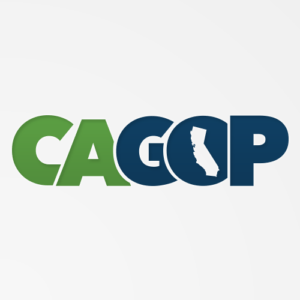 I’m going to make this short and sweet.  The California Republican Party doesn’t seem to care one lick about their base of voters – in particular, Second Amendment voters.  They may think they know all about us, but they don’t. Otherwise, we’d be treated as if we matter.

According to their official platform, the California Republican Party believes the United States Constitution guarantees the right of its citizenry to keep and bear arms and that the state’s gun control laws only serve to disarm law-abiding citizens, not criminals. They are on the record as opposing any further gun control legislation and support the right of all California citizens to own and bear guns and ammunition for any lawful purpose.

If this is the case, then why would the California Republican Party continue to snub the hundreds of thousands of gun owners in the state?  Why does the political party – the one that supposedly is the champion of the Constitution – treat California’s gun owners like annoying flies to be swatted away?  Have they failed to notice the skyrocketing crime in many regions of the state, and this might be one reason why – in a brief span of 18 months –that there are over 412,000 first time, brand new gun buyers in California? Let me repeat that:  412,000 individuals made a decision to buy a gun who had never done so before.

Is this not worthy of being on the political radar?

GOC has attempted to communicate with the CAGOP on elections for years – how we might work together in supporting candidates who favor the Party’s key precepts of a smaller, less intrusive government while upholding, rather than dismantling the Bill of Rights. We’ve yet to hear anything but crickets, and the time has come to do more than just raise our eyebrows in frustration.

I would think there would be some interest in the fact that we compile a very thorough scorecard where both legislators and candidates are graded on their support of the Second Amendment – or not.  We mail the scorecard to our statewide membership and post it on our website.  What’s more, we review races throughout the state and email directly into targeted districts as part of our recurrent “member communication.” Why in the name of all things holy, reasonable and intelligent would a political party stiff arm something so mutually beneficial?  What does it take to get a phone call returned?

Deductive reasoning is a logical method of arriving at a conclusion based on logic.  The logic in this case is that the Second Amendment has seemingly been dumped in the toilet by the party’s powers that be.  Is it just shortsightedness or have they fallen victim to the media that paints support for the 2A as a liability rather than an asset?  Let me be perfectly clear – we are not looking for the party to emblazon a gun in campaign materials – what we have been looking for is an ability to communicate.  That’s it.  We are not politically stupid.

What we are, is sick and tired of watching our beautiful state sink further into a quagmire of socialistic muck.  In the span of less than 6 election cycles, the Republican makeup in the Senate has decreased by almost 50% – and the Assembly by almost 40%. Something is clearly not working.  It’s been said that Republicans have been long on criticism and short on ideas.  Well, we can help with that, especially when it comes to guns and crime, which is kind of a hot-button issue these days.

GOC is of the belief that all is not lost – there are things we can change – but it requires both will and effort. Much of California’s Leftist tendencies have been fueled by a lack of desire of political leadership to network with like-minded groups. We must learn to build alliances and collect residuals with all confrontations with the Left.  Even when temporarily set back by election losses, some organization can be held together for the next encounter, a fight that will inevitably take place. From each conflict something can and must be gained – experience, friendships, political skills, fundraising files, evaluation of talent and the building of potential candidates.  The continual building of ongoing structure is vitally important, and the Second Amendment is key to the very foundation of Republican principles.

Those of us who work tirelessly to protect the rights of the responsible, lawful gun owners in the state – many of whom are freedom-loving Democrats – are weary of being considered as an unwelcome nuisance. That being said, the CAGOP has our number and we’d still like to chat if ya’ll have the time.  Meanwhile, the good news is that we are winning the battles to restore the Second Amendment though the courts, which is pretty much making the Legislature an irrelevant annoyance.