We’ve got some good news and some bad news.

The good news is that some folks are returning to work TODAY in California.

The bad news is that it’s the Legislature.

Until today, members of the Senate and the Assembly have been absent from the Capitol because they did not qualify as “essential”.  Like that was a tough call – we could have told you that.

And now, in the midst of our tanking California economy, they have now declared themselves “essential.”

This is where the bad news comes in.  Because of their absence, they have not been able to hold committee hearings on legislative bills since March 16, which meant no anti-gun bills had moved forward – this was good.  BUT it also meant that the legislative timeline to pass (or kill) bills was massively shortened, which will naturally result in an equally massive train wreck of scheduling and logistics. It’s coming and it’s going to be UGLY.

It will bust open the door for shenanigans like we have never seen.

GOC fully expects both the Senate and Assembly to waive every rule imaginable to make sure their pet bills are heard – and passed.  All semblance of transparency and open government will go out the window…and they will use the pandemic to bulldoze gun owners every way they can.  If they operate like this under normal circumstances, why would they switch things up now?

WE NEED YOUR HELP TO HOLD THE LEGISLATURE’S FEET TO THE FIRE!

The Legislature has published a long list of “required practices” when hearings resume.  GOC doesn’t dispute that safety measures must be followed, but as is always the case, the devil is in the details.  Will full testimonies be permitted?  How will witnesses be selected? Will the public be able to participate, and if so, how?  Experience is the best teacher, and ours tell us the libs will use COVID-19 to ram through a lot of knee jerk stuff – which will include gun control legislation

No Leftist has ever let a crisis (or pandemic) go to waste.   GOC knows the ins and outs of the Legislature like no other – and we use whatever tools we have at our disposal to make gun owners’ views known.  The truth is on our side – not a single anti-gun bill will stop a single criminal from committing a crime.  JOIN US IN THE BATTLE!

WE ARE FIGHTING THE LEFT TO KEEP YOUR RIGHTS! 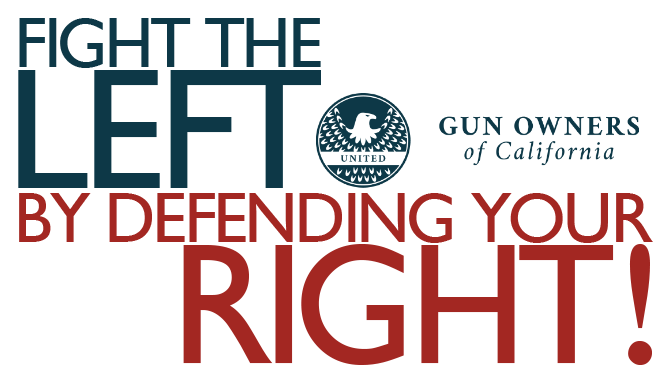