Governor Jerry Brown has vetoed AB 450 (McCarty-D, Sacramento) which would have repealed the statutory cap on fees for the issuance of a permit to carry a concealed weapon. 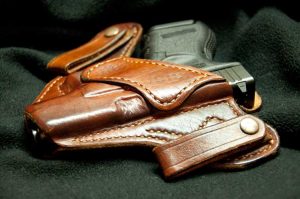 Introduced as a hostile attempt to undermine Sacramento County Sheriff Scott Jones’ bold issuance of CCWs, the Governor gave McCarty a figurative slap in the face stating that the bill was “spurred by a local dispute in one county” and that he was unaware of “larger problem that merits a statewide change at this time.”

GOC testified at the Capitol in strong opposition to this bill, and submitted a veto request, which mirrors the Governor’s actual veto message, which you can READ HERE.