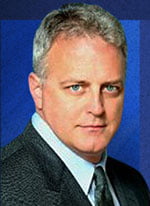 In the wake of the 9th Circuit Court of Appeals denial of the request for a full court hearing in the Peruta case, Gun Owners of California strongly supports the recent legal efforts filed by the California and Pistol Association.  CRPA president Chuck Michel released the following statement:

On August 17th, the California Rifle & Pistol Association and several individuals, with the support of the National Rifle Association, filed a lawsuit in federal court challenging state and local restrictions on carrying a firearm for self-defense in public. Both California Attorney General Kamala Harris and Los Angeles Sheriff James McDonnell are named as defendants because, between California law and the Sheriff’s local policy, law-abiding residents of Los Angeles County have no meaningful way to exercise their fundamental right to bear arms.

The new lawsuit, titled Flanagan v. Harris, is a direct response to the 11-judge “en banc” panel decision in another NRA/CRPA supported case, Peruta v. County of San Diego. In Peruta, the plaintiffs argued that the Second Amendment protects the right to carry a firearm for self-defense in public. Because California prohibits open carry, the Plaintiffs argued that the Sheriff’s restrictive policy that denies concealed carry licenses to most law-abiding citizens violates the Second Amendment. A 3-judge panel of the Ninth Circuit agreed, issuing a ruling declaring the Sheriff’s restrictive “good cause” policy unconstitutional.

Despite this historic ruling, the Ninth Circuit took the rare step of deciding, on its own accord, to have the case reheard by an en banc panel. That larger panel found no Second Amendment violation in denying concealed carry licenses because, in its view, there is no specific constitutional right to carry a concealed firearm in public. Of course, that claim was never made by the Peruta plaintiffs, which is why they asked for a rehearing of that decision by the entire Ninth Circuit. The request for full court rehearing explained that the en banc majority decision conflicts with precedent requiring constitutional challenges to be viewed in the full context of the government’s burden on a constitutional right. Here, however, the en banc panel failed to view the denial of carry permits in the broader context of California’s regulatory scheme that requires residents to carry concealed. As a result of its constrained view of the right to bear arms, the en banc majority suggests that open carry may be the only manner of carrying a firearm that is protected under the Second Amendment. On August 15, 2016, the Ninth Circuit declined to have the case reheard by the full court.

The en banc decision in Peruta sets the stage for Flannigan v. Harris, which challenges California’s open carry laws in addition to state and local restrictions that deny concealed carry licenses to law-abiding citizens. The case seeks to affirm what the United States Supreme Court instructed in District of Columbia v. Heller—that the Second Amendment guarantees the individual right of responsible, law-abiding citizens to keep and bear arms, i.e., to publicly carry a firearm for self-defense.

As explained in the new lawsuit, “the Supreme Court has made clear that the right to bear arms cannot be completely foreclosed.” Because California law prohibits the plaintiffs and other law-abiding citizens from openly carrying a firearm, and because Defendant McDonnell denies them the only lawful means of carrying a concealed firearm, they are “completely barred from exercising their right to bear arms—in any manner.”  The court will have to answer, once and for all, whether the Second Amendment protects the right of law-abiding citizens to carry a firearm for self-defense and, if so, which carry restrictions must be stricken.

Gun Owners of California is pleased to stand with our friends at CRPA in this and other legal actions in defense of the 2nd Ame3ndment in the Golden State.  Check back for future updates.