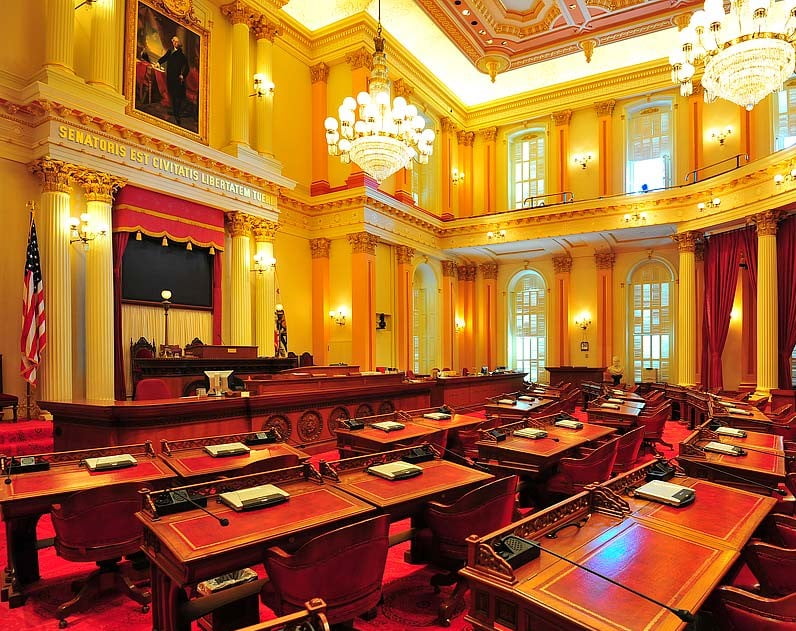 place.  They recently used the Governor’s budget as a brazen means to do some 2nd Amendment damage, and now we are facing some new abnormal challenges.

Assembly Speaker Anthony Rendon issued a statement this week that the Assembly is now “closed until further notice” following six confirmed COVID-19 cases among lawmakers and employees (they previously recessed from March 20 until May 4 to prevent the spread of the virus). The Senate may follow suit.  Both were supposed to resume legislative hearings on Monday, July 13 in order to hear roughly 700 bills, before they adjourn for the year on August 31.

SO WHY IS THIS A BAD THING? Aren’t we better off when they are gone?

IS NEWSOM SEIZING POWER IN THE LEGISLATURE’S ABSENCE?

This is frightening stuff – things are bad enough without the Governor taking over. GOC is in the trenches battling against any unchecked power, whether from Newsom or any other entity that is taking advantage of COVID-19. We will continue our fight against any pandemic related executive orders that step on our 2nd Amendment rights – including those directives to close gun stores or impede anyone’s ability to buy a gun. With “defund the police” efforts growing across the nation, we are our own first line of defense.

WILL YOU HELP US FIGHT THESE CURRENT BATTLES?