Teddy Roosevelt once said that “complaining about a problem without posing a solution is called whining.” 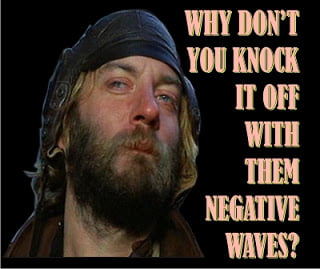 Here’s the rub, though – we are in a fight for our virtual 2nd Amendment lives these days, being assaulted from stem to stern and all points in between.  We’re taking it in the legislative shorts with a stink pot of awful bills, and a Governor who works against us 80% of the time.  We have some solid wins in the Courts, but that’s a 24-7 battle that’s like dancing in the summer on a steel roof in Palm Springs.  If that weren’t enough, Gavin Newsom is adding fuel to the fire with his absurd initiative.

In times like these, we could become battle weary because 24 hours in a day just isn’t quite enough….

Enter the whiners.  You know, those folks sitting on the sidelines who complain big but are short on action.

Picture the performer who balances multiple spinning plates on thin poles – running to and fro making sure no plates crash to the ground.  That’s us at GOC, and the same is true for our fellow 2nd Amendment partners who also pound the Capitol pavement and travel from one end of this state trying to educate and undo the garbage spewed by the anti-gun lobby.  It’s a tough task and it takes a resilient and dedicated group of people and we are proud to stand shoulder to shoulder with other groups dedicated to preserving our/your rights.  But there are always people who think they can do better.

We challenge them to roll up their sleeves and join us – or start something on your own.

And while you’re at it, learn how to wage war on ignorance.  And apathy – from the very people whose rights you are working your butt off to protect.  That might be the toughest battle of all.

To be frank, it really doesn’t matter what the issue is – if people aren’t actively involved in making things right, then they should think twice before complaining about it being wrong.

It’s easy to complain.  On the other hand, it’s hard to do what we do.  We take an upper cut to our collective jaws daily – but we keep moving forward!  And, if we happen to miss something along the way, we are all ears.  We refuse to let pride get in the way of advancing our 2nd Amendment cause.

That said, we never want to take for granted GOC’s own extraordinary supporters that extend from the beaches of San Diego to the open fields of northern California  – THANK YOU!  Our gratitude is deep for the incredible amount of time and personal energy you all put in to making our fundraising dinners and shoots a success so we can continue our work.  For those who are unable to give of their time, a BIG SHOUT OUT for giving of your financial resources.  Thanks for standing with us on the front lines!

In closing, to those who think they can build a better mousetrap, we’re behind you 100%.  All you have to do is take Nike’s advice and JUST DO IT.