Having Trouble with Your DROS Application?

From the FBI Unified Crime Report on "gun crime" By AmmoLand

How Often are Firearms Used in Self Defense?

In 1993, Dr. Gary Kleck, a criminologist from Florida State University, found that there were approximately two million cases of defensive gun use within the U.S. every year. A year later, the Department of Justice sponsored their own survey titled, “Guns in America: National Survey on Private Ownership and Use of Firearms”. In that study (which used a smaller sample size that Dr. Kleck), they estimated an average of 1.5 million cases of defensive gun use each year.

For stories about some of the many instances of defensive gun use in the U.S., CLICK HERE

AR'S IN SELF DEFENSE

In a 2013 survey to ascertain the percentage of Americans that would support a handgun ban, a Gallup poll shows that about 74% of Americans DO NOT support the idea of a blanket ban on the possession of handguns. In fact, though there have been several dips in the opposition towards a ban handgun ownership, the people who want to allow the ownership of handguns have been in the majority since before 1968. READ MORE

Most mass public shootings occur outside the United States, in fact “Since 1970, all of the 20 worst mass public shootings occurred outside the US”. And while the majority of mass shootings occur in the underdeveloped parts of the world (e.g. Africa and the Middle East), they are not limited to those regions. Consider that from 2009 through 2015, there were 532 casualties (meaning a mix of dead and wounded) in France, compared to 396 in the United States. The deaths per capita rate due to mass shootings is much lower for the US than compared to other regions. For example, compared to the amount of mass shooting deaths per capita for Europe, there are 65% more killed than in the US.

On December 9, 2002, John Lott, Florenz Plassmann, and John Whitley wrote a paper entitled, “Confirming More Guns, Less Crime”. In this paper, Lott et al, defend the position that right-to-carry laws correlate directly with a reduction in murder rates. The authors find that for each year that a right-to-carry law is in effect, there is a corresponding annual reduction in murder rates—a reduction of between 1.5 and 2.3 percent per year.

Compiling data from both the Center for Disease Control and the Congressional Research Service, the American Enterprise Institute created two charts that gives visual representation to the view that gun violence has fallen while gun ownership has risen dramatically. While originally, they only created the first chart, it met with criticism—there were those that felt the data was misrepresented. So in an effort to address the issues of their critics, they created the second chart.

The NRA recounts the history of the desire to address the issues of mental illness in regards to firearms. The federal government does not allow anyone who “has been adjudicated as a mental defective of has been committed to any mental institution” to possess a firearm. This article goes on to explain what it means to be “adjudicated” in the eyes of the law.

When Obama lifted the ban on CDC research to “advocate or promote gun control”, the resulting report did not come out in favor of the anti-gunners. This article, by Guns and Ammo, informs its readers of the some of the key findings of the report—such as the prevalence of defensive gun use, and that most gun-related deaths are suicides rather than homicides. In fact, Guns and Ammo goes so far as to name this article, “CDC Research Backfires on Obama”.

Do your part & help protect your rights by voting! 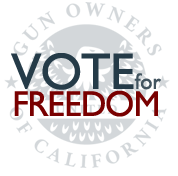