In the aftermath of Senator Richardson’s passing, GOC has been besieged with messages of condolences.  While many expressed their sympathy, most however expressed something different:  a sense of gratitude and appreciation for the tireless work he did on behalf of gun owners – whether they lived in California or across the nation. 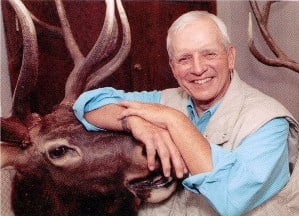 A true and great pro 2A warrior. RIP Brother in Arms – Chuck Michel

He was a legend and an icon of the conservative movement and he loved our country dearly but was deeply worried about the trend he saw coming. It is now up to us to continue fighting for our God-given rights and constitutional heritage that he fought for for most of his life – Steve Baldwin

Bill will always be remembered as the “man who could and did.” He provided that strong and steady leadership that showed the way to thousands across California and the Country. Bill’s gone but his legacy will live forever – John Briggs

Respected veteran reporter Dan Walters covered the Capitol for decades and remembered Richardson by penning “The Man Who Changed the Capitol.” He wrote how Richardson “single-handedly changed the nature of the Capitol, pioneered political techniques that continue to be used and altered the course of California history…few political figures past or present could claim to have had such impact.”

No truer statement could have been written about GOC’s founder.

John Gizzi, chief political columnist and White House correspondent for Newsmax also weighed in, calling Richardson “A Swashbuckling Conservative Before It Was Cool.”  He recalled “…Utilizing his skills as an ad man and his legislative acumen, Richardson was a major player in thwarting legislation in Sacramento that would undermine the right to keep and bear arms….H.L. Richardson was a true swashbuckler in the postwar conservative movemen 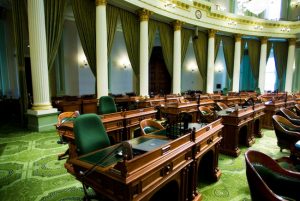 t, as well as a Renaissance man and true family man.  To those whose lives he touched with words for inspiration, he won’t be forgotten.”

National Review’s national-affairs reporter John Fund described Richardson as “savvy, outrageous, funny, and a patriot” and that “he [Richardson] helped catapult conservative politics to a new level of sophistication. Richardson didn’t give a hoot about political correctness. He was one of the funniest, most effervescent, and most candid politicians I ever knew.”

The influence Richardson wielded was significant.  Fund credited Richardson with pioneering “a form of grassroots politics in California that proved to be revolutionary…His ability to move the political needle even while he was stuck in the legislature as a member of the minority party inspired many others to believe that they could make a difference from the outside.”

Fund concluded with “Would that American politics had more H. L. Richardsons today.”

That’s something to consider.  Who in the past 20 or so years has pioneered anything?  Has anyone catapulted conservative politics – pro-gun or otherwise – to anything – let alone a new sophistication?  Has anyone even thought about doing something different that could try to revolutionize grassroots politics?

What if more elected officials had utilized the political knowledge Richardson delivered on how to “move the political needle?” Maybe we would not be in such a vulnerable position defending the 2nd Amendment – especially in California.  The road map was there on how to mobilize single issue voters, and how to develop a constituency that could be used to move that needle.  Sadly, however, once someone is elected, they usually develop an extraordinary sense of “know it all-ness,” regardless of party affiliation.  It’s a challenge to pat down the “I’m pretty cool” that comes from sitting in the big chairs in the velvet-curtained, ornate legislative chambers.  Or course, there are legislators who keep things in perspective, but far too many adopt the attitude that they have all the answers.   The majority find it very easy to dismiss advice on how to rock the status quo – particularly if it disrupts their comfort level and requires them to expend time and energy outside of voting and drinking cocktails with their colleagues.

Make no mistake, though.  Elected officials aren’t the only ones who can bring about change. That’s why we will keep asking those who are elected and those who aren’t:  What’s Your Legacy?