Do these words matter to anyone anymore?  With each day that passes in the aftermath of the November 3 election it seems that too many are willing to ignore the very foundations on which our country began.  How many people are clueles 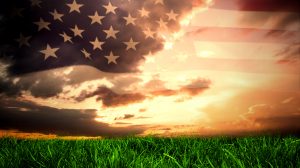 s as to the fact that it is the Constitution that protects us on every level from an overly zealous government, and what also separates the USA from any other country on the planet?  Lincoln’s words matter to GOC – and they matter to the attorneys who represent us in the unequivocal defense of the 2nd Amendment.  But right now, they are fighting in the courts for more than just our gun rights – they are fighting for the very soul of our country.

The following is an op-ed written (and carried by the Washington Times) by William Olson, an attorney for Gun Owners Foundation on how state legislators have a vital constitutional role to play and that they must respond to voting irregularities and fraud.  Read it and pass it on:

The public has begun to appreciate the extent of election irregularities and vote fraud in the Nov. 3 election. The riveting testimony by eyewitnesses to these illegal activities during legislative hearings in Pennsylvania, Michigan, Georgia, Nevada and Arizona has prompted a serious reexamination of the results of the election.

Legislators are learning that they have a vital constitutional role in responding to the irregularities and fraud. They have the authority to appoint electors who will ultimately cast votes that elect the president. (We documented that authority in our recent paper: “The Constitutional Duty of State Legislators in Contested Presidential Elections.”)

In Federalist No. 68, Alexander Hamilton explained that the electors Clause giving state legislatures this plenary authority was intended to put an “obstacle” in the path of those who would use “intrigue” and “corruption” to elect the president. Now more than ever before in our history, state legislators must exercise that authority.

Opponents of such legislative action have raised numerous objections. Two stand out:

First, opponents urge legislators to ignore the evidence of irregularities and fraud because the election results have been certified and that should put an end to the controversy. Legislators are not bound by the election processes that led to these certifications. If they conclude that the certifications were unwarranted because of the illegalities that have been exposed, they have the authority and the obligation to correct the certified results.

Second, opponents argue that legislators are powerless to act because governors are not willing to call them into special session. Under the Constitution, legislators are not dependent on the governors’ call for special sessions in the states involved. They can act on their own, as the United States Constitution specifically empowers them to do. The Electors Clause, Article II, § 1, Clause 2, makes this clear:

“Each State shall appoint, in such manner as the Legislature thereof may direct, a Number of Electors, equal to the whole Number of Senators and Representatives to which the State may be entitled in the Congress….”

Under this clause, state legislatures have the plenary constitutional authority to determine how electors are selected, including the power to adopt a resolution appointing electors directly. This power is not controlled by the law of the state in which each legislature functions. It also is not dependent on any authorization in that state’s constitution or statutes. A governor has no role to play.

Each state legislature has the authority to meet on its own initiative to exercise the power granted by the United States Constitution to appoint electors of the legislature’s choosing. The U.S. Supreme Court has spoken directly on this issue: “This power [to appoint electors] is conferred upon the legislatures of the states by the constitution of the United States, and cannot be taken away from them or modified by their state constitutions.” McPherson v. Blacker, 146 U.S. 1, 34-35 (1892). This appointment power “transcends any limitations sought to be imposed by the people of a State.” Leser v. Garnett, 258 U.S, 130, 137 (1922).

Time is quickly running out for the legislatures of key states to fulfil their duty to act to protect the people and the office of the president from the consequences of demonstrated election fraud. Lawful voters expect state legislators to do their constitutional duty to ensure that the lawful votes of the people as cast are honored, not diluted or debased by systemic fraud.