On Friday November 14th, the California Department of Justice released what is obviously a first set of regulations governing 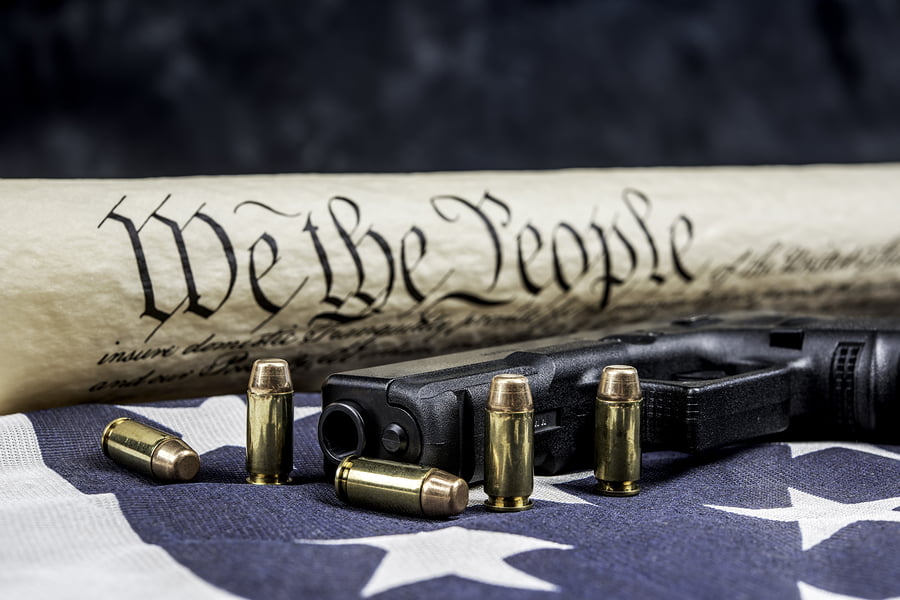 A handgun with bullets symbolizing gun rights while framed against the United States constitution.

ammunition registration.  Why is it obvious that this is the first set? Because they fail to cover multiple aspects of how law-abiding citizens will be able to purchase ammunition from Licensed Ammunition Vendors in California.

The proposed regulations are the negative consequence of 2016’s Proposition 63 and SB 1235, both of which mandated limits on the sale of/registration of ammunition.  Click here to read the full Department of Justice Regulations for Ammunition Purchases and Transfers.

As is required by law, the release of these regulations opens a period for written public comment between now and January 31, 2019. The Department has also scheduled two public hearings, in Los Angeles on January 29th, and in Sacramento on January 30th. During these hearings, the public will be allowed to comment on the proposed regulations but don’t be fooled into thinking there will be any open dialogue with the DOJ. Department officials do not respond verbally to questions in the hearings but are required to reply in writing.  GOC has attended many such hearings and it is an exercise in frustration – most definitely something akin to an official Kabuki dance. For details on the public comment period for the Notice of Proposed Rulemaking, click here.  We encourage all interested parties to participate in this process. For information on public participation in the regulatory process, click here.

GOC believes that such regulations place only minor speed bumps in the criminal acquisition of ammunition and will do so at the expense of the rights of lawful gun owners.  More details will be forthcoming as our legal team deciphers the regulatory language.