Donald Trump’s inauguration is just days away and the country is on pins and needles to see what exactly this will mean.  The protracted hissy fit on the left shows no signs of going away, and the folks in the middle and on the right are eager to finally have someone in charge who will talk to them rather than at them. 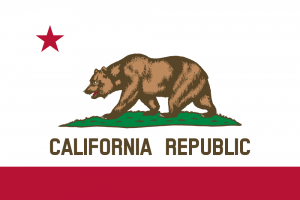 ifornia want to know if someone sitting in the Oval Office on the other side of the country will have some real-life bearing on what’s going on in our anti-gun back yard.  Could Trump’s promises to appoint 2nd Amendment judges to the bench filter across the plains and dump something positive onto California soil?

A lot remains to be seen – but we do know we’re in much better shape than we would have been if Hillary Clinton were elected.  We cringe at what the perpetual nightmare could have looked like and although painful, we certainly would have behaved a lot more grown up than the whiny crybabies on the left, right?

If we’re lucky, President Trump will get to appoint more than one justice to the Supreme Court.    This would have an enormous impact, especially given that his one pro-gun appointment will only tip our advantage by a single vote (5 – 4).  We would much prefer a 6 – 3 because even prior to the untimely death of Antonin Scalia, the Supremes did reject worthy appeals to hear 2nd Amendment cases (i.e. Jackson v. San Francisco/gun storage, Friedman v. Highland Park/assault weapon ban, and Shew v. Malloy/ban on semi-automatic weapons). So yes – our fingers and toes are crossed for one of the more left-leaning jurists to retire – and soon!

The Supreme Court might be the big daddy of our judicial system, but we can’t discount the exceptional importance and 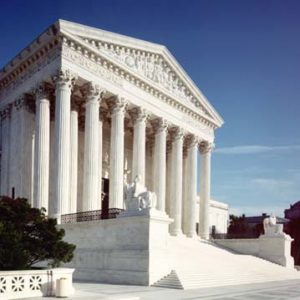 power of our Courts of Appeal.  After years of liberal appointments, some more than others are in serious need of new blood.  In fact, the 9th Circuit (which claims jurisdiction over most western states) has the highest percentage of sitting judges appointed by Democrat Presidents.  With the election of Donald Trump, however, it has the very real potential of being nudged out of its cozy left-wing home because he has four vacancies to fill; this could be a very, very good thing.

Legitimately branded as the 9th “Circus”, it is undisputedly radical and has been overturned by the Supreme Court by a whopping 80%, which is substantially higher than other Courts of Appeal.  The 9th has repeatedly demonstrated disdain for the Constitution, and treats the 2nd Amendment with downright contempt, most recently overturning a district court ruling that a 10-day waiting period was unconstitutional for those who already had guns registered with the state (Silvester v. Harris).

4 vacancies may not seem like a lot (given the Court’s size of 29 active and 16 senior judges), but in the words of outgoing Senator Barbra Boxer – this is a “judicial emergency.”

Nothing scares a liberal more than a conservative.

The anti-gunners are deeply concerned with an increasing “moderation” at the 9th Circuit. As recently reported in Breitbart, public television KQED interviewed law professor Carl Tobias of the University of Richmond who said:

“I think even in the Obama years the court has moved to be more moderate than it used to be, so I think that with those four appointments it could make some difference and move the court further in that direction.”

While the liberal cry-fest continues, and stupid antics to derail Trump’s inauguration are intensifying as the day draws ever near, there are a lot of us holding our breath in anticipation of all the good that could come from a new team leading the nation.