Democrat legislators in California are making a habit of giving the middle finger to the Supreme Court of the United States.  They think they are somehow smarter, wiser, and well, just plain superior. 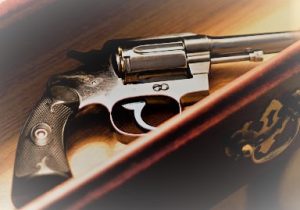 The 2008 Heller decision by the U.S. Supreme Court (SCOTUS) made several things abundantly clear that our elected libs have trouble comprehending:  the 2nd Amendment is an individual right (as opposed to a collective right) and the primary ruling in Heller v. Washington DC was that the federal government could not require that firearms be stored and locked in a manner where the gun was not immediately accessible.  What’s more, McDonald v. Chicago further ruled that states and local governments cannot require firearms to be similarly locked.

SCOTUS affirmed that “the need for defense of self, family, and property is most acute” in the home and the Second Amendment “elevates above all other interests” the right “to use arms in defense of hearth and home.”

AB 276 (Friedman) would require a gun owner who is 18 or older and outside their residence to securely store any firearm “against theft or unauthorized access”. Right there this bill is a clear breach of Heller, but here’s the kicker:

The bill would additionally prohibit a person convicted under these provisions, or under other specified provisions regulating the storage of firearms, from subsequently owning, purchasing, receiving, or having in their possession or control, any firearm.

This means the penalty, although “just” a misdemeanor, would result in permanent revocation of gun rights.  PERMANENT.  Simply put, anyone who is found to have had an unsecured firearm in their home while outside and subsequently convicted, can say adios to gun ownership.

Senator Portantino’s SB 172 does basically the same thing as AB 276, but the penalties for a violation seem almost reasonable in comparison to the Friedman bill:  the loss of gun rights is “just” for ten years.  Snark aside, this is an awful bill too and is just more evidence of legislative arrogance.  Portantino has made no secret of his disdain for the 2nd Amendment – he has a long history of wanting us disarmed and vulnerable given his authorship of bills mandating age restrictions and pushing one-gun-a-month.

To deliberately restrict an individuals’ ability to quickly access a firearm when entering or leaving their place of residence is outrageous.  This is when many are the most susceptible to crime, yet the single mom who lives in a gang-infested neighborhood or the disabled man fumbling for his keys late at night just don’t measure up to a liberal’s definition of vulnerable.

Statistically speaking, gun owners are consistently more law abiding than the general population (especially those with CCWs), which is why there are fewer deaths from accidental shootings than choking on your dinner.  If Portantino or Friedman really cared about firearm safety, they would seek out the National Shooting Sports Foundation’s Project Child Safe, which very effectively schools gun owners on the importance of safe firearm storage, and in so doing, saves lives along the way.

Just because California is a heavy weight in terms of commerce, population, coastal/mountain and desert beauty doesn’t mean we are so cool that we get to make up our own rules.   We don’t get to explain the facts of life to SCOTUS on anything, especially when it comes to being able to protect our homes and families from the dangers of this very broken world.