A floodgate of questions opened up this week once the Supreme Court rejected the appeal by Remington Arms to stop the lawsuit on whether they should be held responsible for the murderous spree at the Sandy Hook School in Connecticut.

What does this mean? Is the threat of liability going to crush the gun industry – and with it our ability to purchase firearms 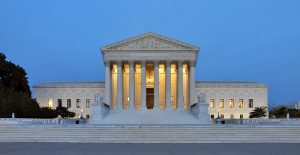 The perplexing answer to the question is an unequivocal no.  And yes.

Remington is the parent company of Bushmaster, and their Bushmaster rifle was used by a monster in the tragic 2012 shooting that took the lives of 26, 20 of whom were children.  Since the shooting, the company has been embroiled in a lawsuit (Remington v. Soto) filed by victims’ families citing that Remington “knowingly marketed and promoted the Bushmaster XM15-E2S rifle for use in assaults against human beings.”  Remington subsequently asked the Supreme Court to intervene and make a final decision as to whether gun manufacturers should be liable for crimes committed with their product.

The Supreme Court decided not to answer this question – rather, SCOTUS is leaving the matter to the lower courts and permitting the current lawsuit to proceed against Remington.

Obviously, the plaintiffs (victims) in the lawsuit consider this a legal victory, while the defendants (Remington) and firearm manufacturers have justifiably expressed disappointment.

The decision not to grant cert (review the finding of a lower court) does not mean, however, the fat lady has sung and that the book is closed on this issue.  Not by a long shot.

The case has had it’s share of twists and turns; a judge from a lower state court initially tossed it out, stating that the company was legally shielded from responsibility by the Protection of Lawful Commerce in Arms Act.  This 2005 federal Act is specific to firearm dealers/manufacturers and prevents them from being sued should a crime be committed with one of their guns.

The Connecticut Supreme Court, however, ruled that Remington could be sued on the grounds of how the specific rifle was advertised and that it targeted young males through product placement in certain video games.

So what happens next?  Now that the Supreme Court has ruled the case can move forward, it will go to trial, at which time the plaintiffs will have to overcome the legal safeguards provided by the Protection of Lawful Commerce in Arms Act.  This is a tall order for the plaintiffs, but that being said, Remington will have a tough hill to scale, too.  A trial will force them to wage an expensive battle in both time and money.

If the courts wrongly decide that gun manufacturers are indeed responsible for the heinous acts of an evil individual, it could bankrupt many, drive others out of business and at very least, undermine how their products are marketed.  If the courts rule with us that the manufacturers bear no responsibility for the unspeakable acts of others, we will be able to continue the normal purchasing of firearms.  Yes, the case could ultimately make it’s way to the US Supreme Court, but as mentioned, this is dependent on how the lower courts rule and if either side has the financial resources to continue on. We are hopeful Remington will ultimately prevail.